Family Trees start with the most recent descendant or the furthest back ancestor, this one starts somewhere in the middle as the two central characters are related by birth or marriage to all those who get a mention.

The story begins with Matthew Baty and Emma Osborne who married in the Parish Church of Chollerton, St. Giles on the 31st July 1895. 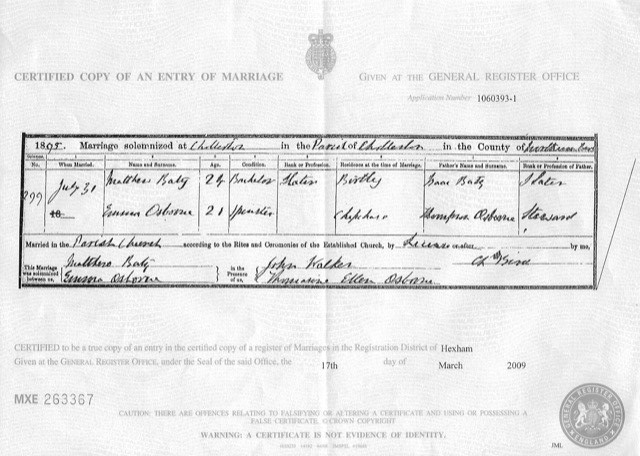 By 1881 the family had moved to Birtley where his younger siblings were born, there are two Birtley in Northumberland, this story is in Birtley village.

After their marriage Matthew and Emma took up residence in Birtley Village, he continued to work in the family business which had passed to his brother Isaac, who lived near The Percy Arms with his own wife and family.

On the 12th April 1915, after the outbreak of The Great War, Matthew, as were many, was called up to serve his country, by now he was 44 years of age and whilst he joined the Durham Light Infantry, 26th Battalion, he was classed as unfit for active service abroad.

During this period, Emma fell pregnant with Isabel Regina, born 24th May 1917: 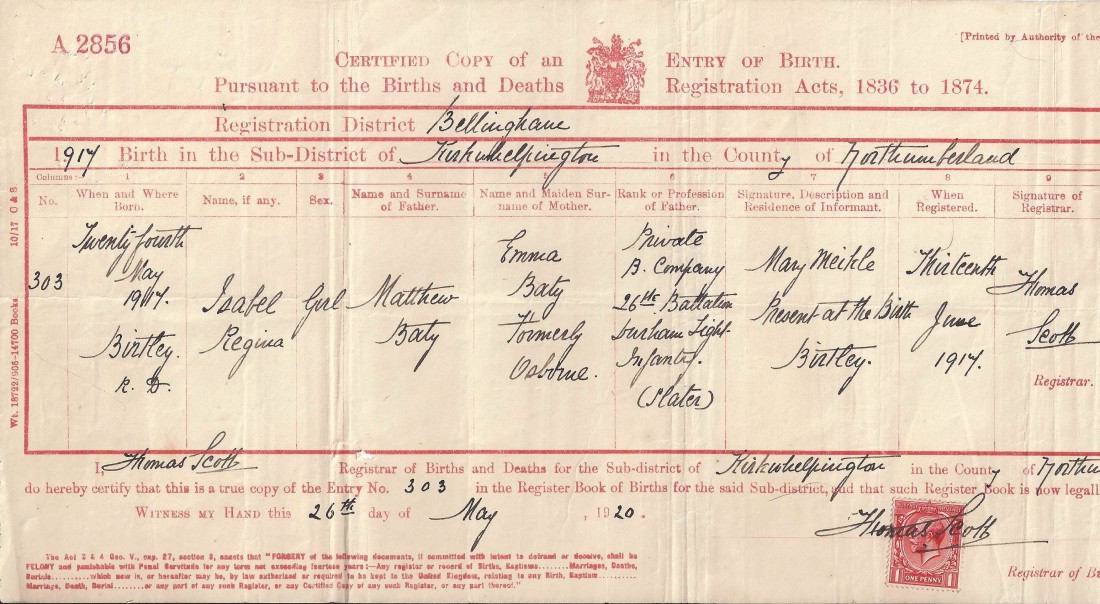 For the family it was a sad year, their daughter, Winifred died on the 5th April in Haltwhistle, aged 17, whilst working at The Grange, Thorngrafton for a Thomas Hall.

Emma’s mother Jane, had died in February – her story will be told later.

I offer my sincere thanks to all those of the family who have shared photos and stories in order for this website to be compiled.

As the reader, if you have old photos or memories of the people described herein, please contact me via the Contact form at the top of the page.